On behalf of the Organizing Committee and Archers Association of Slovenia I am pleased to invite you to the 14th European Outdoor Youth Championships and CQT for Youth Olympic Games that will be held in Slovenia capital city, Ljubljana, from 19th – 24th May 2014.

Hereby you will find enclosed all the necessary documents concerning the registration, organisation and participation in this event. We are kindly asking you for your response within the stated deadlines:


I am looking forward to welcoming you in Ljubljana, Slovenia.

Dear Member Associations of the WAE,

Please find herewith attached invitation letters for the training camp and European Youth Championships taking place in Ljubljana, Slovenia from the 12 to 24 May 2014.

We would highly appreciate for you to send us the require data and to contact your NOC’s as soon as possible, in order to submit your applications to support your teams at this important event for the upcoming Youth Olympic Games in Nanjing 2014.

The deadline for submitting your applications and required information to WA Development Department is 21 February 2014, to Mrs. Deqa Niamkey at dniamkey@archery.org

We remain at your disposal for any further information you may require and we look forward to receiving your prompt replies.

After sending you this note, I realised that there is one important and main procedure that needs to be done before you contact your NOC.

So kindly wait before contacting and submitting your applications to your NOC’s.

You will receive an email from me to confirm shortly and appreciate your understanding. 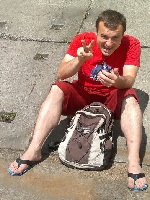